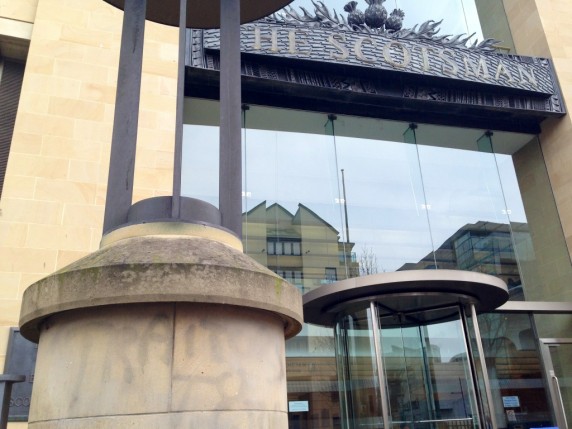 The word 'traitors' spraypainted on to the Scotsman Newspapers HQ. This was done last night and the picture was taken this afternoon.

There is a co-ordinated dirty-tricks campaign by the nationalists. They should stop it.

Allegations were made about one of our donors in a nationalist blog a few days ago. These were only covered in the press after a fresh and cynical attack by SNP MP Angus Robertson as they desperately tried to create a story. We understand that the claims are now being dealt with by lawyers representing Ian Taylor. As such we are limited in what we can say on this. However, they have made it clear to the media that the reports are inaccurate.

What we are happy to say is that Ian Taylor is a respected figure internationally, in the UK and in Scotland. He has a long history of philanthropy and his personal investment has revived the Harris Tweed industry in Scotland.  He set out his own reasons for supporting Better Together in an article last Sunday.

While this is disappointing it is not surprising. Other supporters of Better Together have faced personal attack, hate mail and boycotts - all because they dared to oppose the break-up of the UK.

This is part of a coordinated pattern of behaviour by the independence campaign:

- Journalists who expose holes in the nationalist case come under sustained attacks from every level, from SNP ministers to anonymous cybernats.

- Depressingly the Scotsman Newspaper building was yesterday spray-painted with the word ‘Traitors’. We hope the SNP politicians who attacked the Scotsman so vehemently will join us in condemning this.

- Business people complain of a culture of fear created by the nationalists to prevent them from speaking out.

- Better Together events are disrupted by militant nationalists.

- And our campaign HQ comes under attack with almost daily attempts of sabotage from SNP activists.

Why are they doing all this? Because they know the vast majority of Scots disagree with them and to win the referendum they need to silence the voices of the majority.

This was confirmed today as Yes Scotland, under pressure following our disclosure, finally published their own donors. Embarrassingly for them they have not named a single non-SNP donor.  Despite all their denials, this provides inescapable evidence that Yes Scotland is simply an SNP front. They have failed to build a broad base of support in the country because the vast majority of Scots oppose their obsession with Independence. Better Together, by contrast, have raised all our own funds. We did not receive a penny from any political party. We also received far more small donations from grassroots supporters than Yes Scotland.

This is too important an issue to have a campaign where people are afraid to have their say. We can’t go on like this. Scots deserve the debate to be better than this.

Have your say, join Better Together today 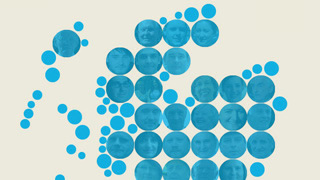 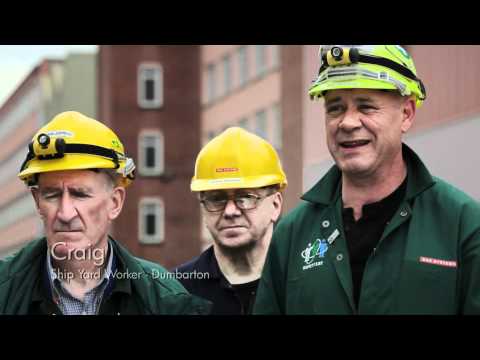